Joreen Waddell- Then and Now, Doing What Makes Sense

Huntsville High School teacher Joreen Waddell considers herself a pretty typical person. But, when you start talking to her you realize that, despite what she may think of herself, she's actually a pretty remarkable lady.

Joreen was born in Huntsville, and her family has been here for over eighty years.  Back in the 1960s, she was an eighth grader at Scott Johnson Junior High, which was the Middle School that the black kids attended.  At that time Huntsville, like a lot of places, was segregated.

Even as a girl, segregation just didn't make sense to Joreen.  She remembers herself at the time as a social butterfly, a matter-of-fact girl that wouldn't really ever consider herself a 'rebel.'  She just had an honest curiosity as to why schools had to be divided.


This is the episode of, 'That Friday Show', that the Huntsville Hive produced on Civil Rights which includes Joreen Waddell as well as HHS Spanish teacher Mr. Rudy Rios.  The piece begins approximately 1:10 into the show.

Other things around town didn't make sense to her.  She remembers that at that time,  there was a "5 & 10"' store downtown where white kids could earn money during the Christmas holidays by wrapping presents.  As a black girl, she wasn't able to apply for that job and she remembers thinking, "I could sure use some extra money." It just didn't make sense.


Check out the KBTX-TV Story on Joreen and her personal experiences during the Civil Rights movement.


In 1965,  the Huntsville ISD school board decided to have black families have the freedom of choice as to which high school their children would attend.  Joreen spoke up and told her parents she would like to be among that first group of 11 students.  Although her parents didn't understand her interest (and feared for the difficulties that lay ahead for their daughter), they whole heartedly supported Joreen's desire to be among that first class.


Joreen's experience at Huntsville High School was not without its hardships, hassles and heartbreaks, but she flourished at her new integrated high school.  And, by 1968, Huntsville Independent School District was fully integrated.

Now let's move forward through the years, and after Joreen has raised kids, travelled the country and a had a long and rewarding career as a nurse, she is approached by Huntsville High School to teach.

Mrs. Waddell said "yes," and started a Certified Nursing Assistant program here at the school.
And why do you think she did that?
Because starting this program, one of the first of its kind here in Texas, made sense to her.

Now, more than ten years later, she heads the program that gives students the chance to not only get a certification, but gain real world experience caring for residents of a nursing home here in town.

At this time of year, the students continue earning hours for the certification, but they also spend time testing themselves on the twenty one procedures that they must know backwards and forwards
to pass their certification test.

Over the years, hundreds of students have earned this certificate.  It's hard, but it can be done, and for students that are interested in entering the field, it just makes sense!

Then and now, Mrs. Waddell considers herself a pretty typical person, but talk to her students, both former and current, and you'll see a she's a pretty remarkable lady.

Kids Read to Kids: Mance Park Students Read Across the District for Read Across America Day

This past Monday was Read Across America Day, and members of the Mance Park National Junior Honor Society hit the road with books in hand and headed to Scott Johnson Elementary School to celebrate the day by reading to some younger students.

The students are members of the National Junior Honor Society, and Chapter Advisor and Mance Park Science Teacher Amber Bearden thought that a venture to an elementary school would be a great way to participate in the nationwide event.  (And it's also a very fun way for the MPMS students to earn some of the necessary service hours required by the NJHS.)

Posted by Matthew Lahey at 3:57 AM No comments:

This blog post is not what it was supposed to be about.

Several weeks ago, we had the opportunity to see various groups around Huntsville Independent School District marking the new year (and new semester) by trying something new.

As things sometimes go, this post was placed on the back burner, and then?

And then? And then time passed.

Now it's March, and we looked at the photos, thought about the story and started thinking that maybe we missed our moment on this post.  We thought it might be too late.  Is it too late?


Well, yes and no.  It's too late to write a "New Year, New You," post, but it's not too late to share these initiatives.


So let's change up the topic of this post, and salute what our folks are doing in the district, and let's tell them that, if it's working, keep going strong!

And what if it's not working?  Well kudos to you (and, "kiss your brain!" to quote an elementary teacher or two)  for trying something new.

And if you had to take a break on the initiative or put it on pause for testing, schedule changes, etc.? Then we hear you and we know you will pick it up again as soon as you can!

Spring Break is next week, but a group of Eighth Graders at Mance Park Middle School, already had their travel adventure for the year.  They have the memories and the hashtag to prove it:  #MPMSDC2015


For over 12 years, Seventh Grade math teacher Mr. Jamie Nash has taken a group of Huntsville ISD kids and parents to Washington, DC, to see our Nation's Capital.

And this year, like most, Seventh Grade Science teacher Johanna "JoJo" Ullrich has been right along with him, helping keep the kids safe and on track for a wonderful trip.  Each trip is thoroughly scheduled, and each year is unique.  This year, the group experienced some record breaking cold and more snow than some had ever seen!


All the while during the trip, Mr. Nash takes photos and posts them to his website at the end of the day, so the family back home can get a taste of what the students are experiencing.  He even blogs during the trip.  (All photos of the trip in this post are provided by Mr. Nash.  Click here to be taken to the website, and here to see the blog.  ) 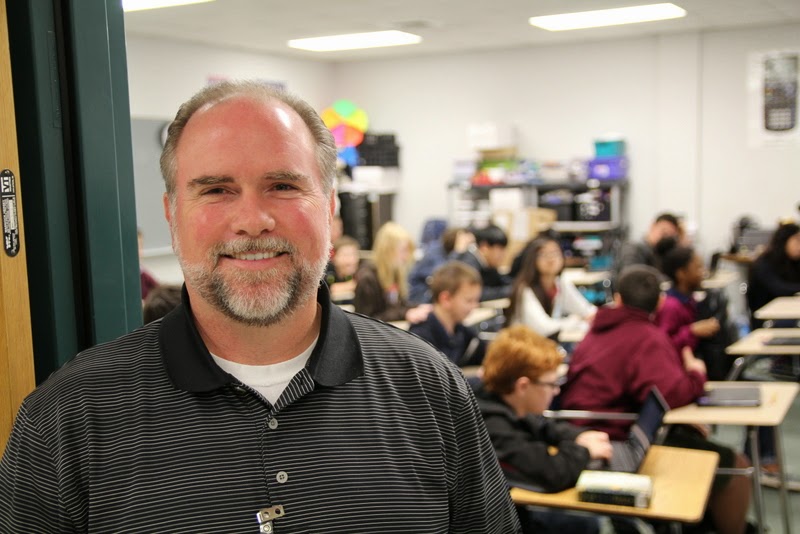 New for 2015, Mr. Nash created a hashtag so both he and the kids' postings to Facebook and Twitter are easily found. By the way, a hashtag is a word or phrase- in this case MPMSDC2015 (for Mance Park Middle School District of Columbia 2015) preceded by the pound sign -hash mark- used to identify posts on a specific topic.


The students check out the sights including The White House, the US Capital Building, and Gettysburg, as well as museums and memorials throughout the area.

Mr. Nash has a passion for photography and loves to give the kids and their families that extra "something" to enrich their experience and memories.  He figures he will handle the sights and the group shots, and the students will handle taking pictures of themselves.

Mr. Nash's website is not only stocked with photos, but also information and readings to enrich your trip, so check it out, and in case you were wondering, he is getting ready for next year's trip!


Posted by Matthew Lahey at 1:48 PM No comments:

Email ThisBlogThis!Share to TwitterShare to FacebookShare to Pinterest
Newer Posts Older Posts Home
Subscribe to: Posts (Atom)
A Blog of the Communication Department of the Huntsville Independent School District, in Huntsville, Texas, USA.