Samuel W. Houston Elementary's SHE 103 TV News recently premiered their 2013-4 season, and we were there to see it all happen!  Under the sponsorship of Paula Foreman, the Fourth Graders wrote, directed, hosted and edited a newscast that includes a weather forecast, a sports report, a current events round up and a business interview.  Take a look for yourself here:

Just like a "real" newscast, the news team held a pre-production meeting and came up with a rundown before taping.  Working as a team, all members hosted and took turns on camera and lights.

One of the remarkable things about this program is the support that parent volunteer Holly has contributed over the years.  She has had several children go through the program, and has been a consistent source of help to Mrs. Foreman and the crew.   Holly is seated next to Ms. Foreman below.

I (Matthew Lahey) was honored to be interviewed for this episode.  In being interviewed, I joined the ranks of Huntsville Independent School District Superintendent Dr. Steve Johnson and esteemed Huntsville Attorney and School Board member Sam Moak (among others).

As this blog dedicates itself to sharing our department's view's of the district, it's only fair to let you know we saw the future hanging in the halls of Huntsville Elementary School.   See for yourself~

These are among the hundreds of individual photos of our students- there's one for each and every one of our kids at the school- that allow them to picture themselves in their future career. 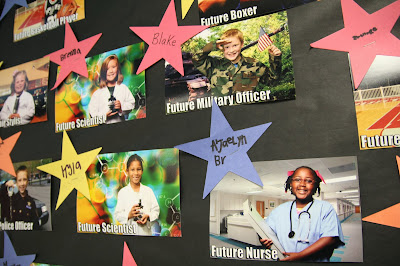 H.E.S. counselor Stephanie Sanders discovered this program (which can also be used as a fundraiser), and brought it to our district.  Look for this program coming later this fall to Samuel Walker Houston Elementary, Scott Johnson Elementary and Stewart Elementary schools! 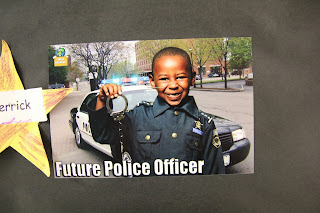 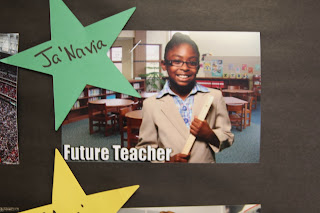 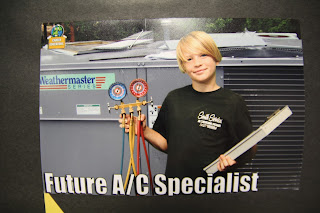 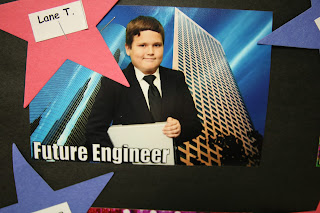 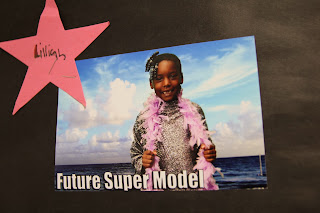 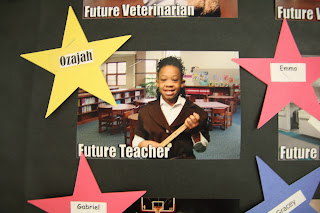 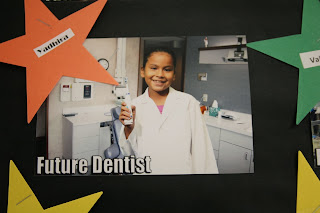 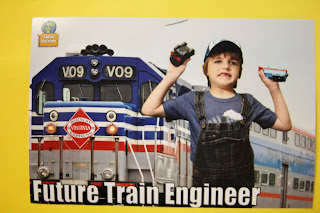 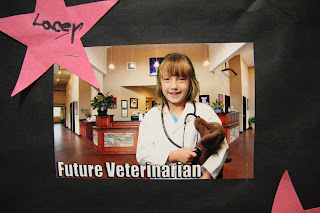 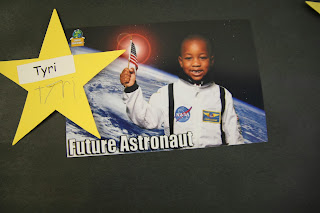 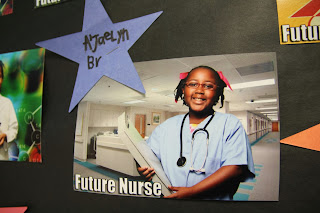 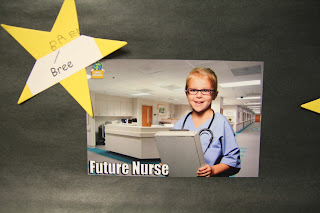 October is BOOgle Time with Tricks AND Treats!

Last year, our district did it- we "went Google!"  Our staff trained our teachers, and let them loose to explore the massive world that is Google Apps for Education.


We have been excited to see how our teachers are using the Apps, and happy to tutor them along the way. As it's been a year, we think it's a great opportunity to reconnect, so our district tech training initiative for the month of October is what we call BOOgle.

BOOgle is a series of sessions that review the features and provide a reorientation of not only how the Apps work, but how they work together.

The Google Apps Suite is huge, so there's a lot of territory to cover.  This month's effort focuses on reorienting teachers with the 'global view' of the Google Apps for Education suite, and a demonstration of  how powerful the Apps are in transforming their work life. And it's a chance to give out candy...and chips!

After the BOOgle training, we will be available to follow up in small groups with teachers' App-specific questions.

Last week, our new teachers participated in Day 1 of The New Teacher Training Academy (TNT) in one of our new district training rooms here at the High School. Teachers spent the first day learning about topics such as Communicating Effectively with Parents, Creating Classroom Procedures, and Managing Resources with Kim Beth Buchanan and Amy Mayer, and most importantly, from each other.


Participants broke into groups, researched a topic and then presented their findings to the rest of the cohort. 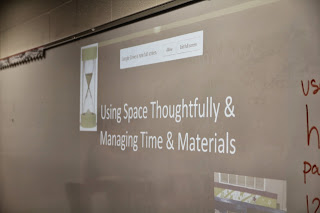 As these teachers already have a few weeks of school under their belt, the day also provided a venue for collaboration, camaraderie and conviviality.

Until then, let's all welcome to the District our new teachers!