Huntsville High's S.O.A.P Squad Speaks (and Screams, and Sings) Out Against Problems at Scott Johnson Elementary

Wednesday morning, we were lucky enough to catch the Huntsville ISD phenomenon known as The Soap Squad perform for the students of Scott Johnson Elementary School.

The troupe is bringing the positive messages of kids staying Drug & Alcohol Free, and also sharing the message that it takes all kids to keep Huntsville ISD a Bully Free Zone.

Now in it's ninth year, HHS counselor and sponsor (aka "Da Bosss!!!") Danielle Williams now has high schoolers that saw the Soap Squad when they were little.  Why does she keep doing it? She knows that it makes a difference...and it doesn't hurt that she loves to act and be silly, too. 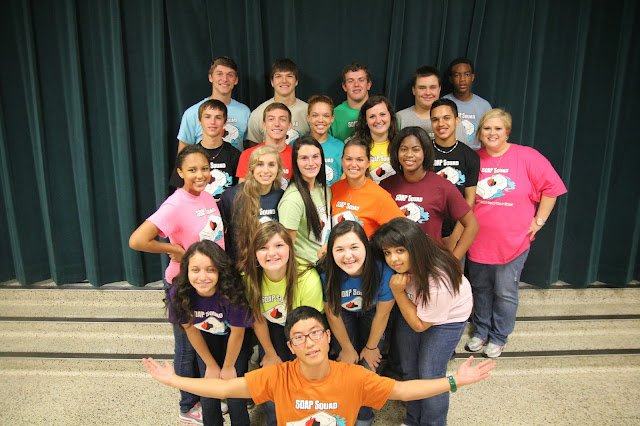